Entropy grows. ‘The Riot’ as symbol of epoche.

A little earlier, the museum spoke about the art of comfort from PIXAR, about how the generation of “fathers” is trying to make the world of “children” comfortable and safe, using visual means and storytelling. So, during a storm, the crew pours oil overboard to calm the rising waves.

However, there are always people who see through the water, who feel a storm ripening in the depths. There are few of them, you can rarely hear them, exhibition areas are not very fond of exhibiting too disturbing paintings by these artists. But they are the ones who warn us about the future.

Regardless of which exhibitions I visited recently, no matter what artists I watch, I always return to Andrei Surnov’s “Riot”. The museum considers this work the strongest picture of 2019 and, possibly, 2020. 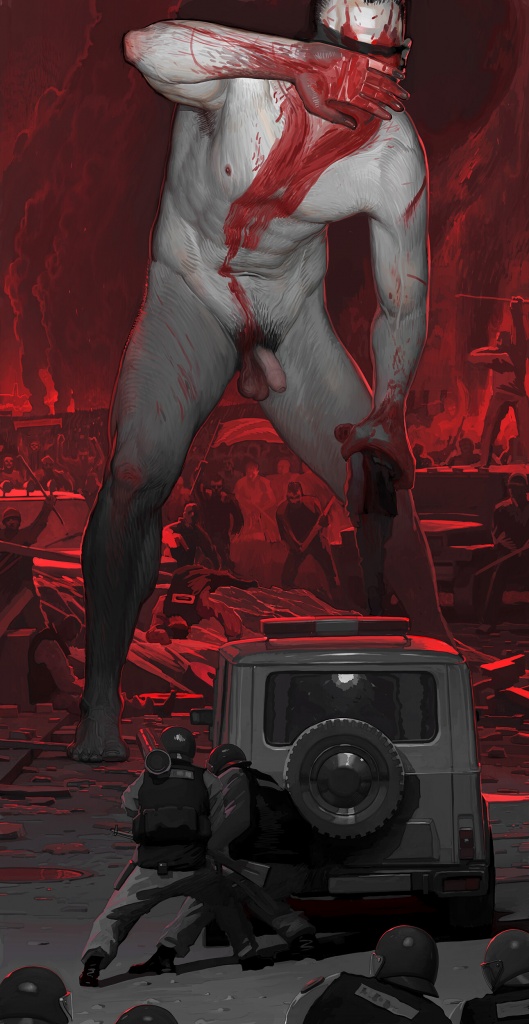 The plot of Uprising is not a game of the future with elements of horror, as is often the case with many digital artists. This is a real drama, the allegorical series of which is easy to read and refers to the chthonic meanings of ancient Greek tragedies, the atheistic mood of the late Renaissance and the revolutionary romanticism of Gericault and Delacroix.

“Rebellion” is an understanding of the processes that ripen in the bowels of society in all countries of the world. The social, property, cultural polarization of society has hit humanity. The tragedy is that if you continue to turn a person into an adjustable mechanism, this will lead to an exponential increase in entropy and a strong explosion.

Today we see this as an example of a sudden universal quarantine established on the planet. So far, everyone is scared. But the strength of the virus cannot last forever. How does society get out of captivity? During isolation, society is actively programmed and reformatted so that people become fragmented in a situation where everyone is equal before the virus, like before God?

Society has already raised a protest. France has again become the vanguard here. In every country, there is a deep discontent with the state of things. And in this sense, Andrei Surnov’s “Riot” is a warning to everyone.

The canvas is filled with a deep tragedy of what is happening. There are no positive and negative characters in the plot. Both sides are bound by mutual violence. The artist has compassion for the giant naked and blinded by blood, who is open and vulnerable to the punitive means of the system. But the same empathy is caused by the defenders of the existing order, faced with an uncontrolled instinctively acting destructive force.

Blood for blood is a tragic story for everyone. Whoever wins, he will always be Pyrrhic.

The author empathizes with all his characters, but in different ways. Law enforcement officials who die in the battle with the rebellious giant cause compassion because of the senselessness and namelessness of their forced victims. Their misunderstanding and horror, their instant awareness of their own powerlessness before the giant, generate pity. 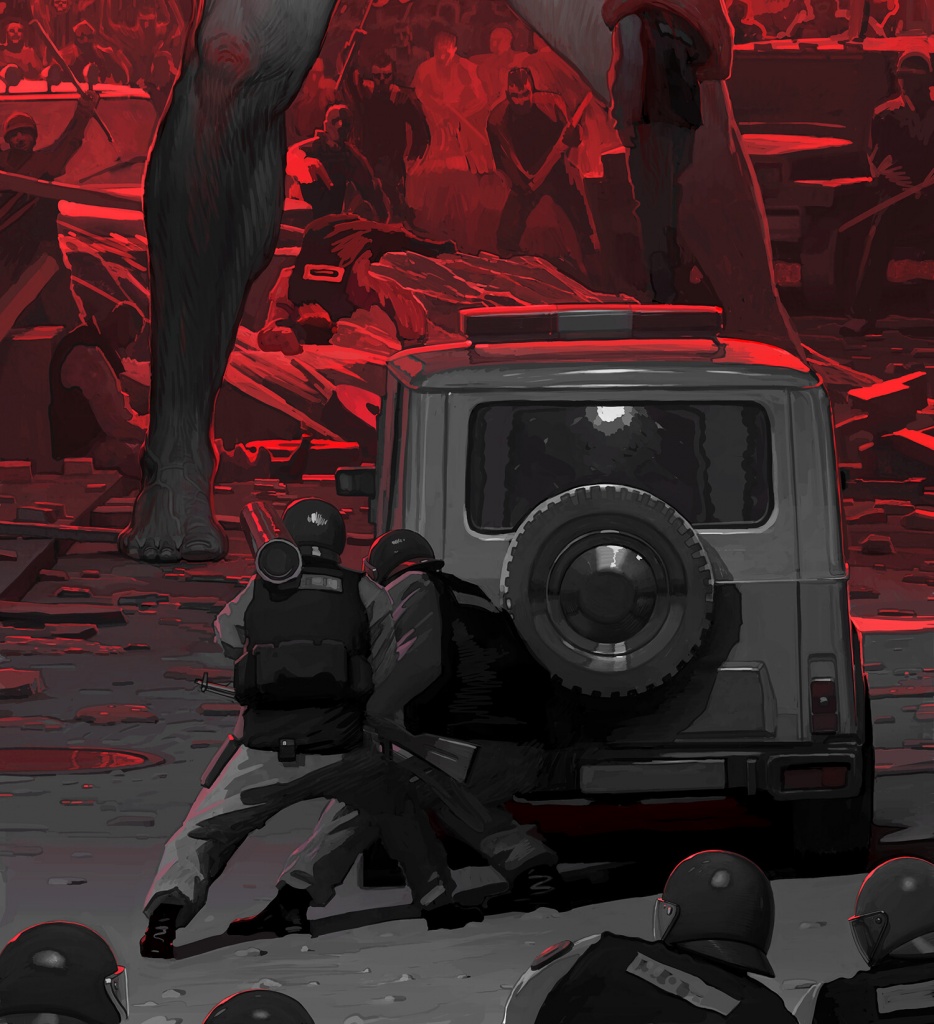 The rebel himself is another matter. This complex image evokes opposite associations in the viewer. The almost literal repetition of the pose and the enormous power of the image refer us to the figure of Christ at the last judgment of Michelangelo. The tragic scene is read as the time of Judgment Day when retribution begins. But the author, unlike his predecessor, does not admire the plasticity and beauty of the muscular body, does not have illusions about the outcome of the conflict, does not romanticize his hero. He is full of sympathy and compassion. He understands that spontaneous, unconscious protest is doomed, that the giant is vulnerable and defenseless, blind and cruel.

At the same time, there is a connection with the chthonic horror of Goya “Saturn devouring a son” and the tragedy “Execution of the rebels” by the same artist. 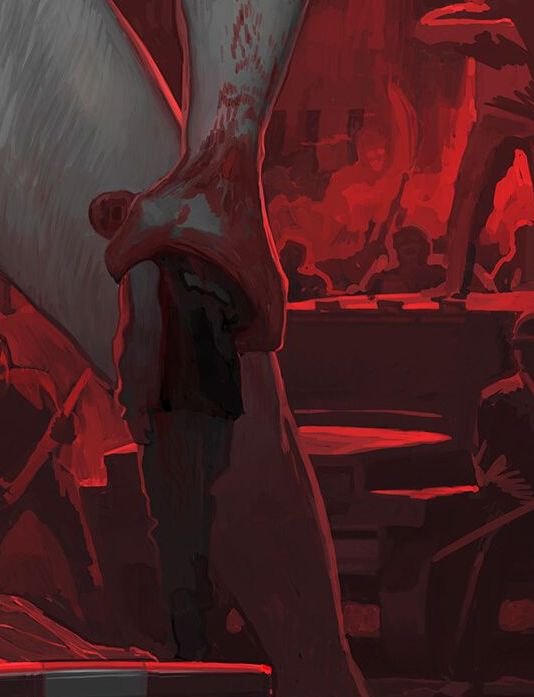 The naturalism of the image is bordered by the naturalism and expression of the Isengheim altar, light and shadow, which make us remember the great masters of Kiaroskuro.

It is worth noting that rhymes and links to works of artists of the past are characteristic of the work of Andrei Surnov. These are not random outward matches. This is the result of great observation, serious reflection and a deep understanding of the philosophy of art.

The artist puts us in the thick of things, at the center of the conflict. Will we hide behind the guards? Will we rush to save the rebel? Can the world stay on the edge? Compassion will stop us?

Questions remain open, and riot is just around the corner.